Growing up, we always had dogs in the house. Well, actually they were in the back garden because we had them as guard dogs. But that didn’t stop me getting attached to them.

So obviously, once I was married and had my own house, own family, I wasn’t complete until I added a little puppy into the mix.

Things were going great. We taught him to sit, to go into the down position, to stay, to heel, not to bite our fingers off, not to eat his poop, not to touch the kids toys, not to hump the kids toys and the main thing – to guard the house.

He taught himself to come running to me every time my phone rang. I don’t know why he did this… Didn’t he realise it wasn’t for him?

A couple of years went by and he fitted into the family so well.

Until one day when things started to take a bizarre turn…

He’d always loved coming with us on walks and we’d never had an issue. Until he started to chase people on a bike! I tried to snap him out of it but he wouldn’t stop, he was enjoying himself far too much to listen! Eventually I got so annoyed I had to take his bike off him !!!

He started watching us playing board games, almost like he wanted to join in! Scrabble seemed to be his favourite. He watched and observed, he even whinged when one of the kids spelt a word incorrectly. Then he ate the scrabble pieces! For the next few days he kept leaving little messages all over house !!!

But one thing for sure, my husband and dog soon became soul-mates, they are so alike. Have you ever heard the saying ‘a dog is his master’? Well that was most definitely the case here…

Dog’s, we love them and their strange habits… 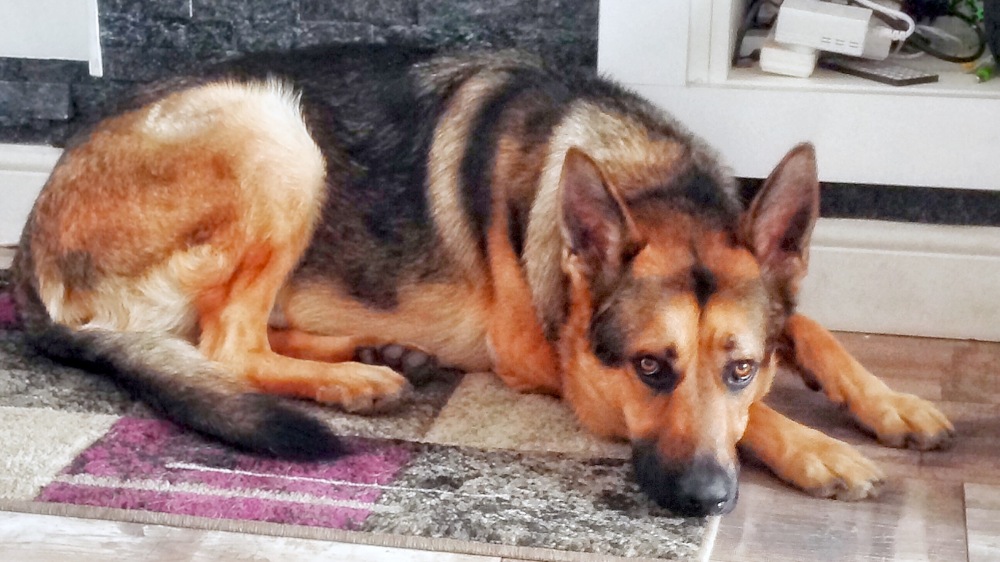 I'm a mum to 3 lovely boys who can drive me crazy at times and a pet dog who listens to me more than anyone else in my house! Very happily married and generally settled in life. Love to laugh. Love to write! Love to read! Love to dream... View all posts by Baffledmum